The Bay of Fundy 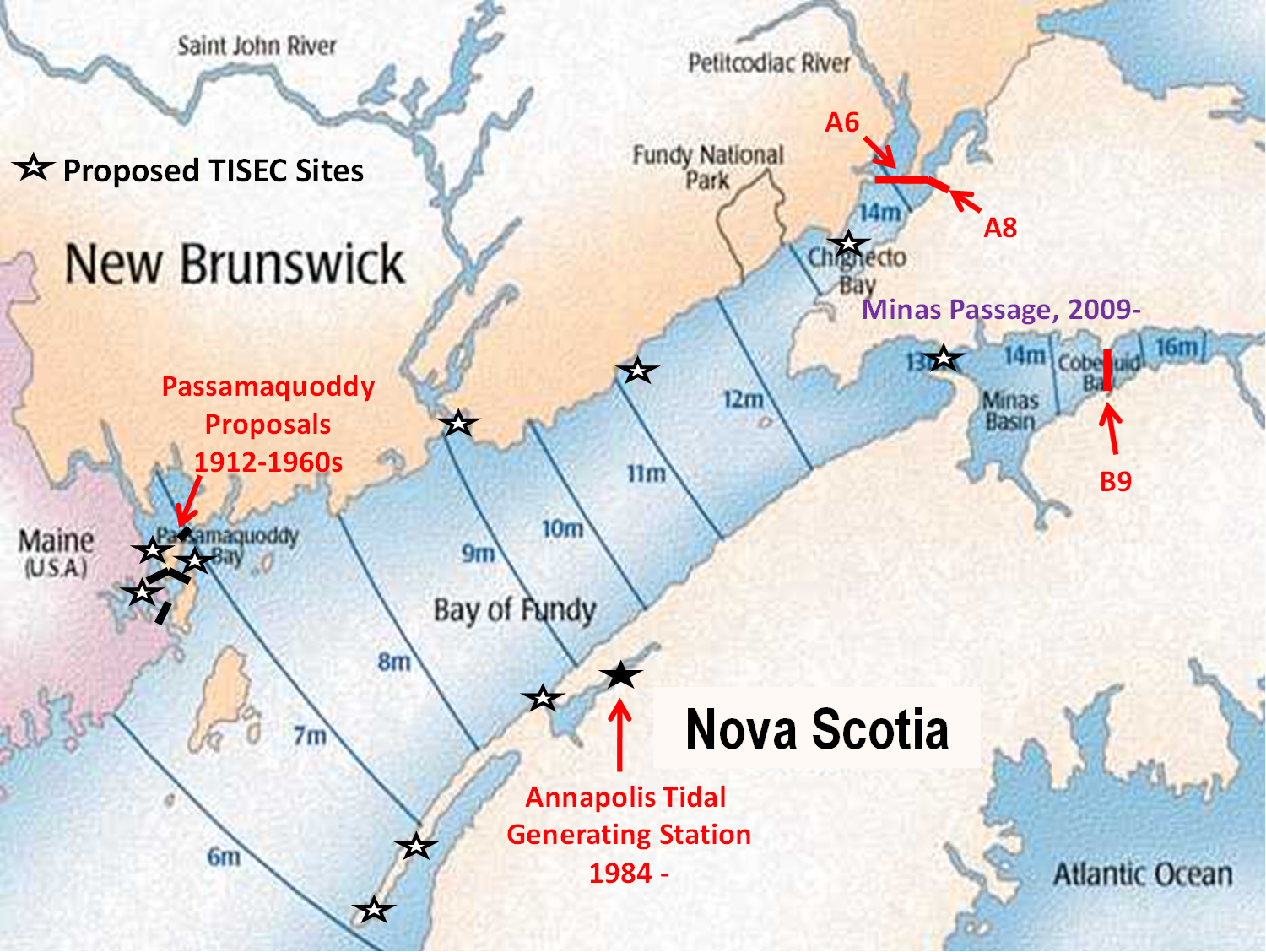 Bordered by the provinces of Nova Scotia and New Brunswick and the state of Maine, the Bay of Fundy is renowned for having the highest tides in the world (17m in range) and equally impressive current speeds — up to 6 metres per second in the Minas Passage. The Bay is ecologically rich; involving diverse and abundant migratory species- some of which are considered species at risk- and are found in few other places in the world. This unique ecosystem is also recognized as exceptionally productive and sensitive, inspiring two UNESCO World Heritage Site designations.

Numerous sites in the Bay of Fundy have been identified as suitable for tidal energy development. The responsible harvesting of energy from these sites requires comprehensive examination of the current structures and energy potential, the environmental implications of harvesting energy, and the associated socio-economic benefits and impacts on communities, fishers and other users.